Steve Jobs passed away one year before and I am not going to rave about how I loved him and all. Until my brother told about him, I had no clue what Mac was or who Steve Jobs was. This video in which Jobs talk about connecting the dots and how it came handy to him on his pursuit of excellence really made me think if I had learnt something purely by chance is helping me right now. Guess what? It does.

My first full time job was attendant in a browsing centre. I didn’t know what internet was back then. In Tirunelveli, we had this very slow 56 kbps connection for 6 systems and I was the care taker of one internet cafe. There was nothing fancy and there were few regular customers. Most of them retired, turning up occasionally to check emails and reply to their son/daughter who lived overseas. Handling them was fun and frustrating. And then typing what they had written in A4 size papers. They literally thought emails are substitute of letters. I used to type 8-10 pages of letters with one finger and then one particular gentleman grew impatient and helped himself to type the email. He also helped me to type letters for two other people too. 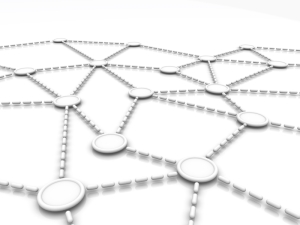 That is when I thought I should learn to type. What is the better way to learn typing fast? No its not typetester. It is to chat in yahoo chat rooms with girls. These girls who came to that chat rooms had little or no patients. They used to wait for no more than three seconds and if you don’t reply there will be that legendary BUZZ and then they will not reply. I am talking about private messaging here. If it is a open chat room, forget it some other guy would have already gained her attention with his witty one liners.

So with constant tries and little or no customers during most of my workday, I gathered the nuance of typing as well as creating more than 100 pick up lines to pick girls from chat rooms. After few weeks of practice it was no big deal to talk to a girl with my broken English over chat, then to know her better. These girls left no clues and unlike this age of Facebook, only social networking website available was Hi5. So then on particular selected females, I started researching (on-line stalking). To find what color they liked, the actor they liked, their favourite season and so on which came on very handy.

Then one fine day, I left that job and was happily jobless for more than six months, then there was the first BPO  which opened up in Tirunelveli. With no hope I attended the interview and was selected for my amazing typing speed easily surpassing the people who lost their early morning sleep in typing centres. And thanks for the chats with Philippines and Malaysian girls I was promoted to Quality department because I was one who was able to communicate well in emails.

Zamaana badal gaya. Then there was orkut. It was easy to stalk girls and then there was Gmail too. I kept honing my research skills and then when I joined other BPO in chennai, there was a position in market research and I took it up gladly. I was able to pull good results. Bit boring because now I am not stalking girls but boring companies about what they do and where they talk. Then came Facebook, which made life of every stalker in the planet easier to see who stalks who and what they do to develop interest.

And now here I am A senior market research analyst and social media marketer. Thinking back about the video, at some point of time if somebody calls me to give such a speech in a college, I think I am ready with the script

1 thought on “Connecting the dots”