You can read the first part here.

The next day we had to visit the temple in Tiruchendur. Tiruchendur is one of the six famous temples of Lord Muruga. Since my native is Tirunelveli, I have traveled to this place a lot. But this time, since we are going as a family, it was so special. We had to start by morning 9, but since mom’s old colleagues have no idea to stop gossiping we started pretty late.

The interesting part came early in the morning. When I woke up, my brother’s friend Rajesh was already in our room and dad was teasing him to glory. I went to buy news paper and while I came back, another friend of my brother has come. We haven’t met this person for years. Just as he came to know that we are here, he took leave from his work and came to see us.

What followed was a super duper breakfast with friends and then 4 hour long chat with friends accompanied by tea, sugar cane juice and whatever snacks that was available nearby. Finally mom came back from the friendly clutches of her former colleagues and we were all set to start to Tiruchendur. 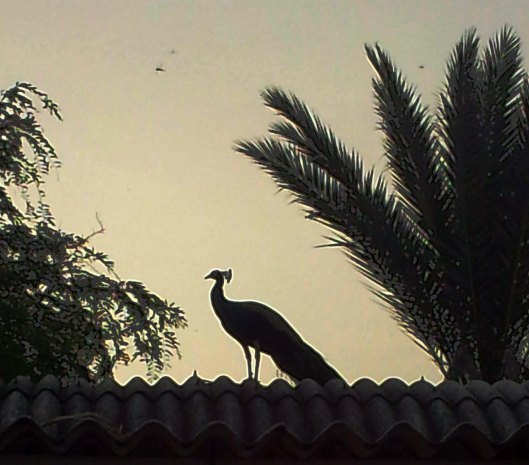 All 6 of us had lunch together and boarded bus which waited for us just at the steps of restaurant. This is one of the things I love about my town, nothing is far away :-).

Dad and Mum were having fun chatting en route to temple. Brother and me slept well. We didnt waste anytime when we got there. Dad got ready to tonsure his head as that was the purpose of the visit to temple. We didn’t take any tickets to see God this time. Its fascinating to see my belief affirmed in the temple. Those who had nothing to give to God were kept in distance. Those who had given twenty rupees were given space to stand and watch God from distance which is little less than free ticket. People who were able to give 250 Rs where allowed to sit in the steps of the Garbagriha. So the God here says, even if you want to see me a little closer and longer, you will have to shell out money. I wonder if I had given 2000 Rs, they would have allowed me to take a photograph with the deity too 😛

I have been to Tiruchendur so many times just to see the sea. The temple is a very good example of the pandya architecture. If somebody can write fictions about the churches, this temple can be used for that also. I almost got lost three times.

Jothi helped me book tickets for Mom and Dad in Chendur Express, which started from Tiruchendur itself. We took an auto to reach the temple from where the bus to  our place starts. When we were nearing the bus stop, a bus started to move. I jokingly said to the auto driver to put the auto in front of the bus so it cannot move till we get in. He did just that. He stopped the auto in front of the bus, so it was not able to move. He didnt move till we got seat in the bus. That was a lovely gesture given that meeting him again anywhere in this world is a very dim chance.

The way back we were accompanied by Tamil love songs of 1950s. While coming back, the smell of the palm trees, the famed panangilangu smell and the old agraharams of passing towns took us to a different era altogether. When we were about to get down, there were like 15 passengers excluding us. Everybody was in their mobile phone telling their family that they have reached and will be in home in few minutes.

We had a sumptuous dinner. Words are not enough to describe what we ate. I guess, it calls for a separate post. Ciao tomorrow with that.